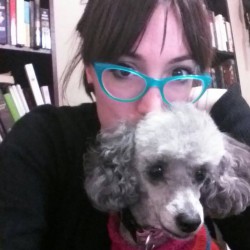 Books I have read and loved

The product of a pathological need to categorise and remember every book I've ever read, and my only creative outlet being critiquing others' creativity.

Where I'm Calling From: New and Selected Stories
Raymond Carver

To Say Nothing of the Dog
Connie Willis 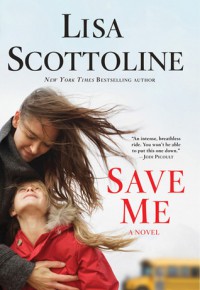 I was given this book as a kris kringle/secret santa present this year, by somebody who clearly doesn't know me very well. I have tried to read chick lit before, assuming it would be enjoyable in that vapid, lazy way that playing Bejewelled on my phone and clicking through facebook profiles of friends of friends of friends can be. I picked up a Janet Evanovich (or someone) book in a Johannesburg hostel once, and lay by the pool with it for 10 minutes before giving up in a rage. I should have learnt my lesson there. These books don’t do for me what they appear to do for the rest of the population.
Alas, I took 'Save Me' on holiday with me because flipping through the first few pages was a suitable procrastination activity to avoid packing, and the dialogue was so ridiculous and somehow so All American that I kind of wanted to keep reading. I simultaneously loved and loathed this book, and don't know how to rate it or write about it.
Also, I remember my family accompanying mum on a business trip to France when I was about 13, and reading Lisa Scottoline's first book because I had run out of my books and only had my parents' 'adult' books. 'Everywhere that Mary Went' was the first adult book that I read. In hindsight, it may have been the kind of shockingly "easy" book that Save Me is, to have given me the confidence to peruse all aisles of book shops from then on. I've always meant to go back and read more of her books.
This book, though, was fucking terrible. I kept reading lines like 'because he didn't yet know that all moms [sic] are superheroes' and other .. not even Oprah, but Tyra Banks bullshit. It was hilarious. I glared through the pages with this disbelieving smirk on my face, and sat on the plane, pulling my boyfriend over every so often to READ THIS! Fuck. You have to. READ. THIS. It was that atrociously good. The plot is so heinously unbelievable, the characters such perfect examples of the plot devices they needed to be that everything they did was cringeworthy and predictable. The central driving plot pusher of the book seemed to me so unbelievable and almost wrong, that everything around it was similarly unbelievable. A woman is volunteering at her daughter’s school canteen, delicately confronting her daughter’s bullies, when an explosion occurs. Her daughter has taken refuge in a disabled toilet, and superhero mom [sic] [ew] has to make a choice between saving her daughter’s bullies (right in front of her), or finding her daughter (down the hallway). In actual fact, she seems to do both, ferrying the other girls to a teacher to go outside, then finding her daughter and saving her also. However, the chief bullying child then ends up in a coma and the whole town plus their mama turns against the protagonist: how could you! You let Amanda die! Blah blah blah, you are so selfish, blah blah. The whole thing was so bizarre that I actually flicked through the various characters in my head thinking, is this actually a rational and reasonable response for this person to have? In nothing but midday movie in a small town of an America that scares the bejeezus out of me, did any of it make sense.
There then ensues a conspiracy involving various other characters in the kind of unconvincingly joined up way that much popular crime fiction tends to require. While I didn’t buy it, and was infuriated at various points along the way, I couldn’t put the fucking book down. The gifted education teacher, the dying girl’s family, the school, construction companies: every character was somehow involved, and it was all just a ludicrous joke of a hodge podge. A page turner.
So there you have it. It’s a horrible book that I couldn’t stop reading until I had breathlessly turned the last page. I’d say that it’s instantly forgettable, except that I could recall a good chunk of it to write this, a good week and a few good books later. Perhaps that’s the sign of A Good Book. I just don’t want to inhabit any world or circle of people where books like this are considered Good.